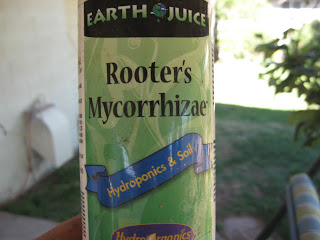 Mycorrhizae fungi forms a symbiotic relationship in and on the roots of host plants. That Is a dictionary definition. Okay, here is what that means in gardening terms. Lets say I am planting a garden I pick up some starts at a nursery, lets say they're tomatoes, I dig a whole in the ground the first thing I do is prepare the tomato start for planting by taking it out of its pot that it came in exposing the roots I then apply a mycorrhizae fungi directly to the root. You can either just sprinkle it on the roots as a powder or you can dip it in a gel, they sell both forms. I use the powdered form. Plant them deep and water it in like you normally would. What happens is you have the mycorrhizae fungi in contact with the root system of the plant the fungi grows and attaches it self to the plant.  Mycorrhizae associations are beneficial to plants. It increases the absorptive surface of the root and intensifies the entry of water and nutrients into the plant. Mycorrhizae fungi decompose certain organic compounds of the soil that are not accessible to the plant and manufacture vitamin-like substances and growth activators.
Just as there is "good" bacteria, "good" fungi also exists. The entire fungi class mycorrhizae is one such type of fungi. Mycorrhiza (plural mycorrhizae or mycorrhizas) is a class of different types of fungi that symbiotically feed off of plants. This symbiosis provides a jointly beneficial relationship between the fungus colony and its host. Mycorrhiza fungi redirect plant carbohydrates (including the sugars glucose and sucrose) to the roots, where the fungus eats it, generating more of itself. The host plant's roots make use of the fungus, taking advantage of the fungus' surface area to absorb what it needs from the ground.
Through this symbiosis the host plant's mineral absorption is increased, chemically and physically. Also, pathogen resistance is better in colonized plants than in non-colonized plants, and drought resistance is better. Without a mycorrizal fungus colony, plants grown in artificial enviroments (such as a growth media) or in nutrient-deficient soil fair poorly.

What I end up with is a tomato plant that does better in droughts and that does better against insects pests and diseases. I have been using it in the desert southwest for 3 years now and I am sold. My plants have done great when it seems all my neighbors plants have died or just not produced well. Plants by themselves aren't always able to get what they need so try some mycorrhazae fungi and enjoy healthier plants next year. 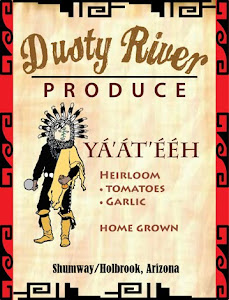 “The yield of a crop is LIMITED by the deficiency of any one element even though all of the other necessary elements are present in adequate amounts”. J. Von Liebig's Law Of The Minimum.

Favorite sites for everything gardening 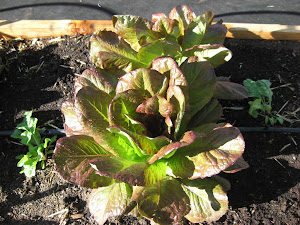 Dusty River Gardens
Dusty River Gardens is the name of my little back yard garden. I attempt to grow organic produce rich in minerals and with much more flavor than store bought. I hope to share my adventures in gardening. Teaching a little from my past experience and learning from others as well. I am lucky to have friends and family that are outstanding gardeners and master gardeners to help me along the way. My garden is in Holbrook, Arizona and my brothers garden is in Shumway, Arizona. The region I live in would be considered a high desert. They call it the Colorado Plateau. It's located in Northeastern Arizona. The climate would be very close to the Albuquerque, New Mexico area. Hardness zone 5B

All material and BS on this site is protected by U.S. copyright laws and may not be reproduced without permission. 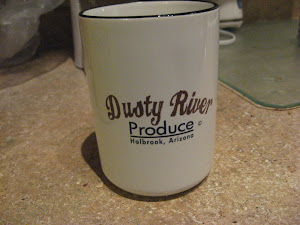 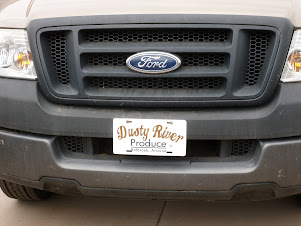